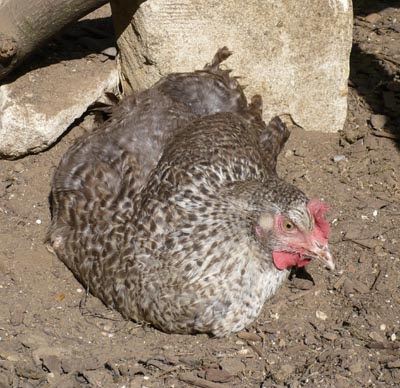 Here's Mable! She's 21 weeks of age now. She laid an egg two days on the trot when we first got her, then we've had nothing for a week! It's as if she was proving a point that she had started to lay and then thought she'd take a break! She's a no nonsense chicken and wouldn't be put in her place by the lower ranking chickens and stuck up for herself. She's settled in incredibly well with our other chickens. 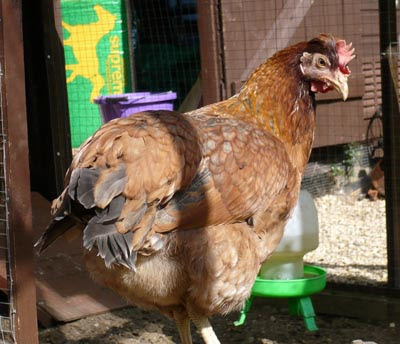 This is Kitty! Her gorgeous neck colouring isn't showing up too well in the photo, but it's almost like glittering gold. She's also 21 weeks but is yet to lay. I await her eggs with much anticipation as she'll lay blue ones! She's a real sweetheart and does get picked on by our original chickens a bit. This is Tippi! She's just a youngster at 16 weeks. You can see in the photo her comb and wattles are hardly there yet. Boy does she love her food! She tugs at your skin when you have a handful of corn. Ouchy! Also a sweetheart though and makes low honking noises when she's scared which can be quite often! 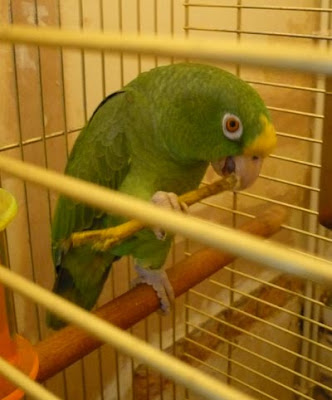 This is Tenner, who we looked after for the weekend just gone. She's 50! Here she is tucking into a dog chew! She really took to me and would come up to the bars for a fuss! She would shake when my partner Robert spoke to her. I felt highly honoured to be trusted so much.
I might be making a mini bear soon. I'm determined to get around to it! With my workroom being practically empty and bearmaking materials still boxed up I thought a mini bear would be better to make as there's less materials to have about!
It's my birthday on the 17th which I am looking forward to! I've made a little list of pressie ideas for my Robert!
Hugs, Sarah x
Posted by Sarah at Wednesday, September 09, 2009 2 comments: