Update: William has now been adopted. Thank you Lori! 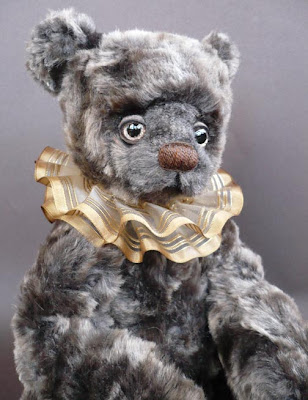 Here is William, my latest bear! He is made from a powder soft faux fur in a kind of mink colour. I'm really pleased with how he's turned out. He will be my last bear for a little while as I shall be working on a re-design of my website. Plus, it's hard bear making with things in boxes and my workroom to be totally re-decorated soon! Floorboards to strip, artex skimmed over on the ceiling, etc, etc!

William will be available soon. I may be placing him on ebay.com. If I do, I will post the link to his auction. If you want any details, feel free to email me at sarahsbruins@aol.com.
Bye for now. Hope you are having sunshine where you are too!
Hugs, Sarah x
Posted by Sarah at Monday, March 23, 2009 5 comments: 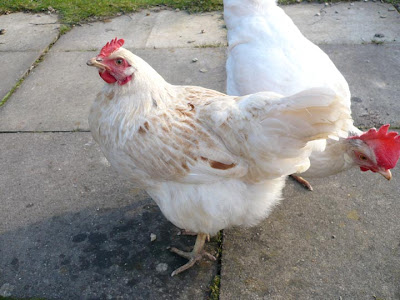 I have at last found out how to get sharp pictures of 'the girls'! I have to put my camera on 'Sports' mode. Turns out our chickens are athletes. They certainly look like athletes when they are digging big craters in the gravel. 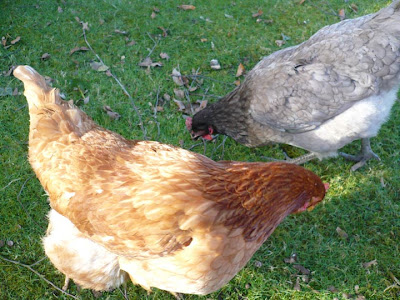 Don't get me started on the vast amount of poop they produce. Thankfully our garden is large enough to take it. No picnics on the lawn for us though. 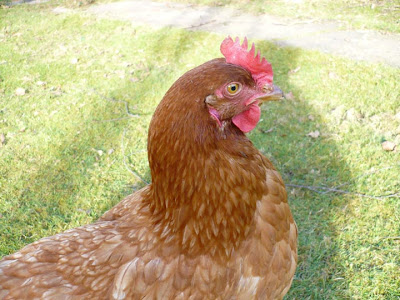 Above is Dotty. Not the brightest of chickens, but a real sweetie. Hasn't her comb come on well? 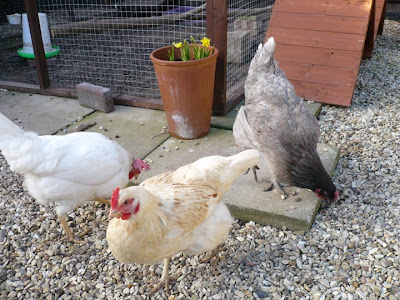 Here are L-R, Sybil, whose comb out trumps Dotty's comb hands down (see first photo), Lettuce, the phantom feather pincher. All the other girls have slighlty bare botty's on the left. Seems Lettuce is a left handed chicken. Then the beautifully feathered Gracie. I think they should bring out her colour in a paint range. Gracie Grey, has a certain ring to it, don't you think?
Now off to torture my fingers sewing my latest bears nose. Ahhhh, I suffer for my art ;)
Hugs, Sarah x 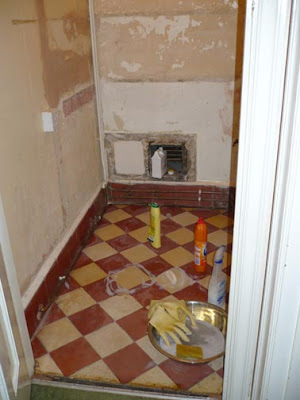 Yesterday I spent most of the day scrubbing away at the original quarry tiles in our 1920's house. This room is going to be our downstairs toilet, but in the house's youth was the larder, where food was kept cool. You can see in the photo where the little hatch was to open a vent and where the two big concrete brackets where that would be holding up a thick marble slab. On the floor there were two dark, practically black marks on it, which have driven me to distraction. Having spent £50 on 'specialist' floor cleaner products, it turns out that bleach, fine sandpaper and Cif do a better job!

Feeling absolutely shattered, I then realised that in days gone by, there would have been maids doing this probably on a weekly basis. I think I had it easy. It wasn't until 3 o'clock that I remembered that the television had been on and considering I couldn't see it from where I was and could only just make out what was going on, I decided I'd better turn it off. Well the walk into the living room would have had people questioning my sobriety. Seems scrubbing away at floors affects your ability to walk in a straight line.

Suffice to say, the stains are now gone. Robert came home and said I had a strong aroma of bleach about me. I suppose there could have been worse things to be smelling of.